If you have the resources or budget to buy or rent a underwater camera housing, it will naturally give the best results when shooting under water. For most photographers, it’s not part of our standard tool kit. Instead, using a simple waterproof point and shoot camera will do the trick.

This ‘Suicide Bride‘ photo shoot was one of the most adventurous shoots I’ve ever done. And it was all shot using a old waterproof point and shoot film camera. We shot at a small lake and a nearby field. This was a spontaneous shoot with couple days preparation.

After the field, we shot at an island in the middle of the lake. Then we took the boat to deeper water which was more clear. It was windy and occasionally rained. We jumped in and out of water. After every couple shots, we had to swim to catch up with the boat. The point and shoot camera had a fixed focus at 6 feet. It was challenging to position ourselves at that exact distance apart under water. 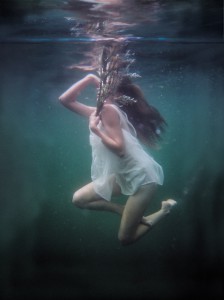 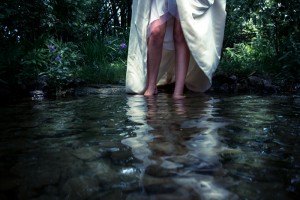 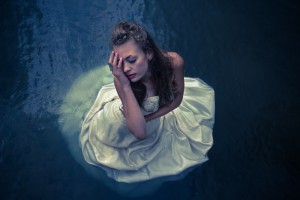 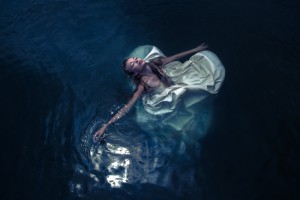 Megan Alter is a portrait photographer from New York focusing on combining art- and fashion photography. A graduate from New York School Of Visual Arts, she offers full photography courses and workshops from her education center in the city center of Amsterdam. In August 2012, Megan became educational director of the Amsterdam Photo Club, a large community of local photographers with over 1.300 members, organizing over 30 photography events per year. She has since 2014 been head photographer for theModeCode, a fashion and lifestyle website focusing on female clothing and accessories.

It’s no secret that food photography is one of the most popular types of photos that is selling the most. Shutterstock’s data team recently…